Can We Legally Marry You? 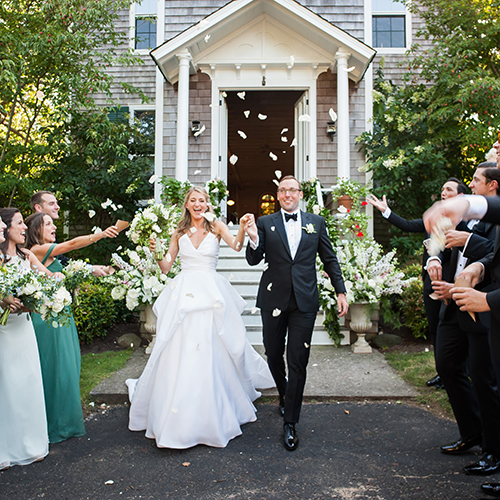 This is a good question and it’s one that many couples are reluctant to ask. This is something you should ask anyone whom you are considering as an officiant for your wedding.

All of our officiants hold Church of Ancient Ways ordinations and are 100% fully legal to perform marriage ceremonies in all jurisdictions of New York State and beyond. Church of Ancient Ways was given full 501c3 status in 1997. Our credentials come from the State of New York, not the Internet. Every one of our officiants is fully legal to marry you in all 50 states. Note: For destination weddings, advance registration may be necessary in some states.

New York State’s laws are among the most stringent in the country. Note, there is no statewide license issued by the State of New York. However, New York City is the only place that actually checks credentials and requires officiants to register. In 2006, NYC began allowing ministers with online ordinations to legally perform wedding ceremonies only if they are held within the 5 Burroughs. Wedding ceremonies performed outside the New York City limits are still bound by New York State Laws which do not recognize online ordinations. If your officiant was registered with NYC before 2006, their credentials were checked using NYS regulations and are valid to perform marriages state wide. If they were registered after 2006, credentials were checked using the lesser NYC regulations and aren’t legal statewide, therefore you will want to make sure they are not ordained online.

If they are, and you wish to be married by them outside of NYC, you will want to an officiant who is legally allowed to marry you to marry you and sign marriage license.

Below is Pastor April’s NYC Officiant Registration with the City of New York. All of our officiants carry such credentials in addition to proof of ordination from Church of Ancient Ways and/or the seminary they graduated from, when applicable. 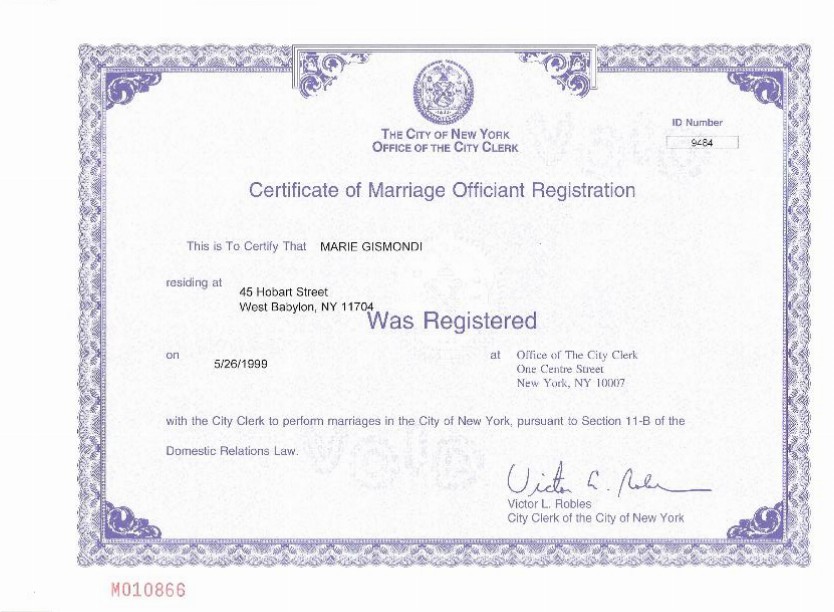