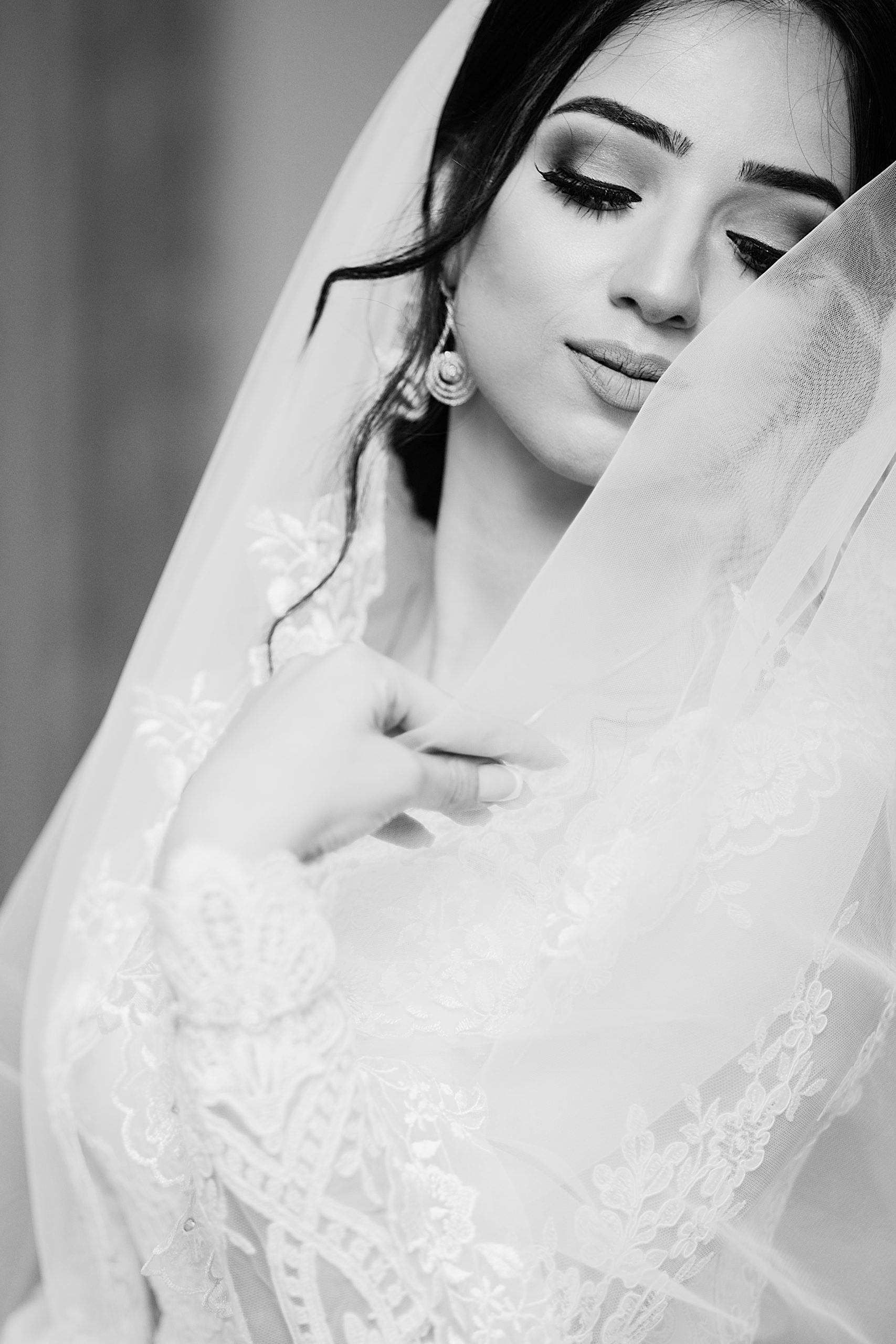 White has denoted purity and virginity for centuries. But in ancient Rome, yellow was the socially accepted color for a bride’s wedding attire, and a veil of flame-hued yellow, the flammeum, covered her face. The bridal veil, in fact, predates the wedding dress by centuries. And the facial veil itself predates the bridal veil.

Historians of fashion claim that the facial veil was strictly a male invention, and one of the oldest devices designed to keep married and single women humble, subservient, and hidden from other males. Although the veil at various times throughout its long history also served as a symbol of elegance and intrigue, modesty an mourning, it is one article of feminine attire that women may never have created for themselves.

Originating in the East at least four thousand years ago, veils were worn throughout life by unmarried women as a sign of modesty and by married women as a sign of submissiveness to their husbands. In Muslim religions, a woman was expected to cover her head and part of her face whenever she left the house. As time passed, rules (made by men) became stricter and only a woman’s eyes were permitted to remain uncovered-a concession to necessity, since ancient veils were of heavy weaves, which interfered with vision.

Customs were less severe and formal in Northern European countries. Only abducted brides wore veils. Color was unimportant, concealment paramount. Among the Greeks and the Romans by fourth century B.C., sheer, translucent veils were the vogue at weddings. They were pinned to the hair or held in place by ribbons, and yellow had become the preferred color-for veil and wedding gown. During the Middle Ages, color ceased to be a primary concern, emphasis was on the richness of fabric and decorative embellishments.

In England and France, the practice of wearing white at weddings was first commented on by writers in the sixteenth century. White was a visual statement of a bride’s virginity-so obvious public statement that it did not please everyone. Clergyman, for instance, felt that virginity , a marriage prerequisite, should not be blatantly advertised. For the next hundred and fifty years, British newspapers and magazines carried the running controversy fired by white wedding ensembles.

By the late eighteenth century, white had become the standard wedding color. Fashion historians claim this was due mainly to the fact that most gowns of the time were white; that white was the color of formal fashion. In 1813, the first fashion plate of a white wedding gown and veil appeared in the influential French Journal des Dames. From that point onward, the style was set.