Throwing Shoes at the Bride 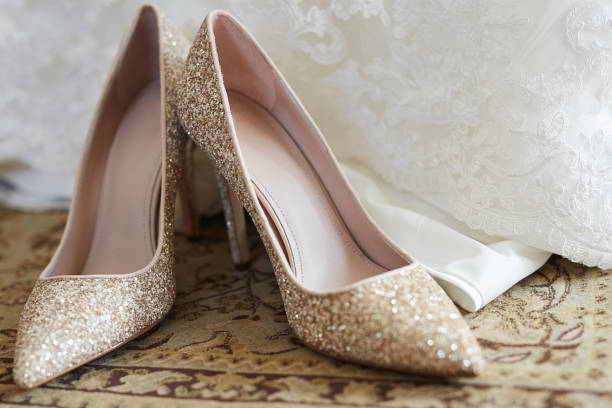 Today old shoes are tied to a newlyweds’ cars and no one asks why. Why, of all things, shoes? And why old shoes?

Originally, shoes were only one of many objects tossed at a bride to wish her a bounty of children. In fact, shoes were preferred over the equally traditional wheat and rice because from ancient times the foot was a powerful phallic symbol. In several cultures, particularly among the Eskimos, a woman experiencing difficulty conceiving was instructed to carry a piece of an old shoe with her at all times. The preferred shoes for throwing at a bride-and later for tying to the newlyweds’ car-were old ones strictly for economic reasons. Shoes have never been inexpensive.

This, the throwing of shoes, rice, cake crumbs, and confetti, as well as the origin of the wedding cake, are all expressions for a fruitful union. It is not without irony that in our age, with such a strong emphasis on delayed childbearing and family planning, the modern wedding ceremony is replete with customs meant to induce maximum fertility.